Pascualita was born in Courtney, Texas (South of College Station) and the family moved to Anton in the 1950’s where her father was engaged in farming. Her father was of Italian descent She was the 8th of 10 children but her parents lost the first two in infancy. Attending school in Anton she was always active in sports and grew to love running at an early age.

With a name like that, her friends began to give her many nick names, “McGee, Legs, Josie, Pepe, and finally PJ” stuck especially when her soccer teammates used it. Her family gave her another nickname, “Crazy Foot” because she was constantly on the move. She began working in the shoe department at Clark’s department store on Ave. Q in Lubbock during her junior year and then graduated 1966 with a desire to work somewhere in the medical field.

Her first job was at Methodist Hospital working in the radiology department and while working there one of the cardiologists gave her a job and she learned to do and read EKG’s and perform stress tests. She got to observe the first open heart surgery done in Lubbock. In 1973 she was hired by the “new” medical school in the cardiology department and originally worked in Thompson Hall which was just west of the TTU track. She would frequently run on the track during noon time and soon her co-workers were convinced to become active. 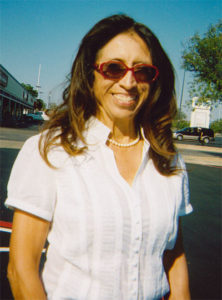 During her work experiences she attended South Plains College 2 years and TTU two years. Most recently she worked for Dr. Chris Rose as a private office nurse, being named 2004 “Best Massage Therapist of the Year” in the Lubbock Avalanche Journal’s “Best of Lubbock Awards.” She was selected for the “Nightingale Nurse of the Year” award in 2008. She then began her own massage therapy practice in 2009.

PJ continued to run after high school, never keeping track of distance, just by time. If she had an hour to run, she would go out 30 minutes then return. In the late 1970’s she heard about Terry Fox and his attempt to run across Canada after bone cancer cost him one leg and was inspired to then attempt longer distances. Along the way, she has influenced many others to improve their health and fitness by running.

PJ joined the West Texas Running Club in 1988. In 1989 she ran only the Shallowater Stampede 2 Mile, then, in 1990 competed in 7 events totaling 38.1 miles. In 1991 she really racked up the miles, doing 11 events totaling 72 miles. Since then she has run one ultramarathon and 42 marathons, including Boston twice and New York 11 times. The most noteable one I remember was in 2001 when she ran New York while guiding a blind man. This man’s time was so good that he was invited to run Boston and PJ served as his guide again in 2002.

She also loves to ride a bicycle having bought her first one in 1978-79 and has ridden the “HOTTER N’ HELL” 100 mile ride 24 times. This year is the 32nd anniversary and she is hopeful of making it her 25th! She rides the bike to work every chance she gets.

PJ’s parents moved to Hayward, California in the 70’s and her father died of a heart attack at age 76 in 1987. Her mother was a dedicated walker who was hurt by a hit and run driver at age 79 in 1995. She finally died from complications of those injuries at age 88 in 2004.

Among PJ’s loves, are, spending time with friends and family, her dog, “Paca”, and playing the piano. She also loves cars, flowers and drawing. The most important love, however was attained when she and Wayne Sullivan were married September 25,2010. They became engaged on June 12, 2010 on “Love” Street in Lovington, NM. Everyone is lucky who has PJ as a friend!

PJ is one of the most dedicated and dependable workers for the WTRC! Most of you newer members see her arriving early with Wayne at every race setting up the “Company Store”, but she served as race director of the HOT DAM RUN from 1993 to 1999 and once again assumed that job last year. She is quite the “promoter” and often obtains door prizes for our events. 2019 will be her 30th year working with Mike Greer as the director for the 7 water stations for the running course of the Buffalo Springs Lake Triathlon. She now plans to retire from that position.

All this just barely covers the kind of person PJ (Mitchell) Sullivan is, but I like the following comment she told me. “I run because I can. I run early in the mornings because I like to see the sunrise and you don’t see the same sunrise twice. I run in the rain, I run in the snow, I like to hear the sound of my feet in the snow. I run because I like to hear the birds singing to me. I run when I’m tired. I run when I’m sick. I run in windy days. I run on hot days. I run because I can and it makes me feel good, and I thank God that I can run and for letting me run. None of my siblings run, so I run for all of them!”